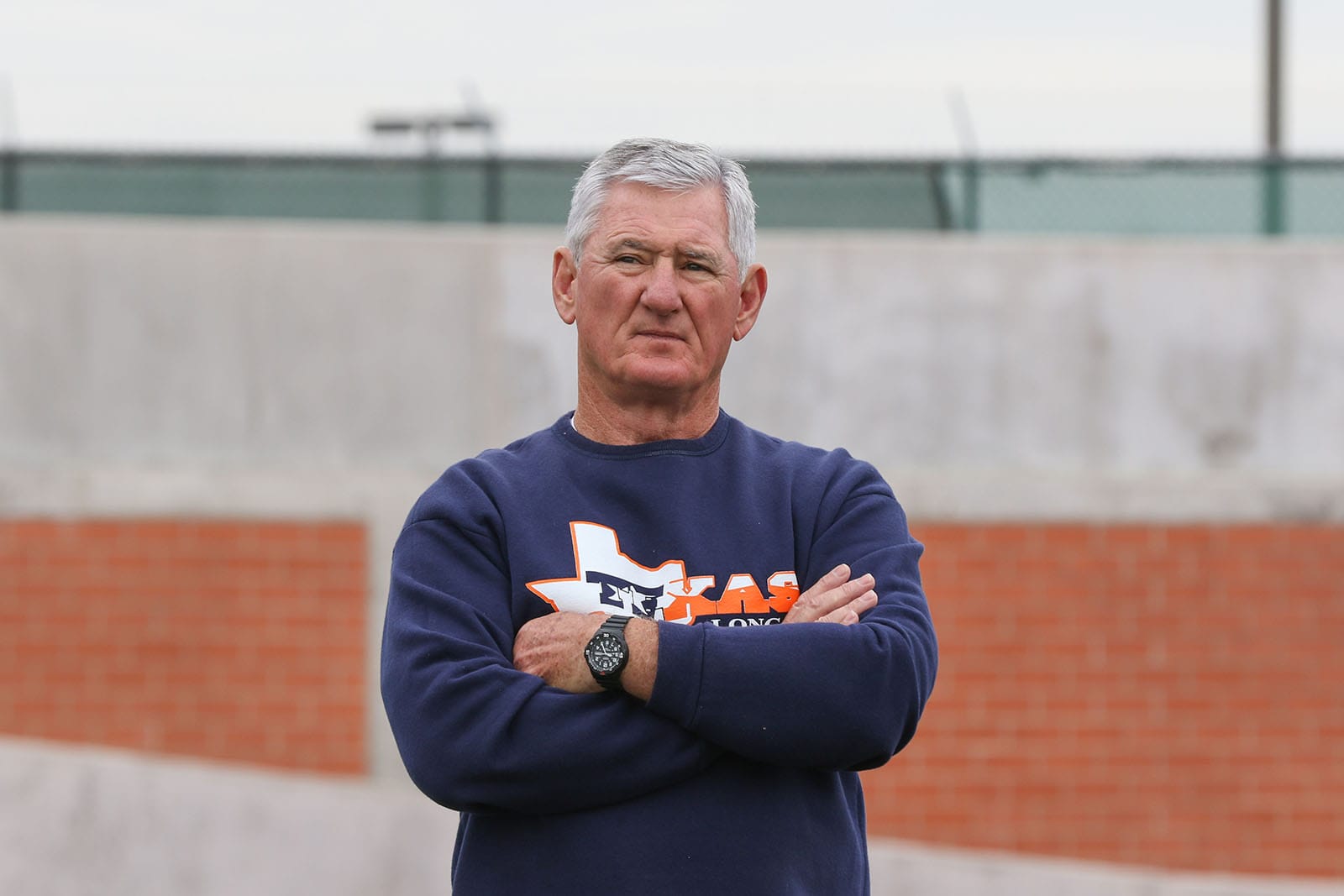 Doug Conrey is the founder of Texas Long Snapping, a year-round training program that specializes in developing long snappers. The Route team met Doug at a coaching clinic and a bond was instantly created. Doug then graciously took the time to share his thoughts on recruiting and long snapping with us in this interview.

[ROUTE] What inspired you to get into long snapping coaching? Was it a position you played? Or did you get into it after your playing days?

[Doug] I long snapped all throughout my career; I consider snapping to be a part of me, it’s in my blood. One thing I noticed during my playing and coaching days was that there was very little instruction given to snappers. A lot of coaches are good at teaching special teams schemes but very few understand the mechanics of the snap. Unless a coach is an ex-snapper, he likely will not give much attention to the snap. This is a big reason why I decided to start teaching kids how to long snap.

[ROUTE] Do you recommend that college prospects specialize in long snapping, or should they play other positions as well?

[Doug] Most of the guys I train are specialists. Often in high school and college the long snapper is a position player who knows how to snap, but I recommend that kids who want to be long snappers in college devote most of their time developing their craft as snappers.

“…it is more important to be a dependable snapper, and a good student than it is to be a physical specimen.“

[Route] What stands out to you between the players you train who go on to play in college and the ones who do not? Intangibles? Size?

[Doug] There is certainly an “eye test” component in the recruiting process, schools will always want the bigger, stronger, faster kid. But with the long snapper position it is more about if you can play. Snappers come in all shapes and sizes, so it is more important to be a dependable snapper, and a good student than it is to be a physical specimen. Grades play a big role with snappers because many are preferred walk ons who must get into the school on their own merits. Another big separator from those who make it and those who don’t is the mental aspect. My top players know the position of long snapper extremely well, understand their own bodies, and are mentally tough.

[ROUTE] Do coaches and recruiters use you as a resource to recruit long snappers?

[Doug] Yes, while Texas Long Snapping is development based and not a recruiting service some schools do use me as a resource to find talented snappers. I won’t put my name on a prospect unless I am confident that they can play for the school that is asking about them. Most of my guys do their recruiting process on their own. I am far better at developing them into college caliber players than I am at navigating them through the recruiting process.

“ I advise my guys to look at schools who have long snappers who are close to graduation, that way they have a better chance to make the team and earn playing time.”

[ROUTE] Doug, with Long snapping being such a unique position how do you advise your players to approach the recruiting process? Are long snappers recruited every year or is it a cyclical process?

[Doug] Long snappers are always the last guys to be recruited, if they even are recruited. Walk-on opportunities are more common, so I encourage my guys to be excellent students, and teammates. The players I train with college aspirations attend camps and use recruitment services the same way position player recruits do. The difference is the recruiting process is more cyclical for long snappers because a good snapper is often a 4-year starter. I advise my guys to look at schools who have long snappers who are close to graduation, that way they have a better chance to make the team and earn playing time.